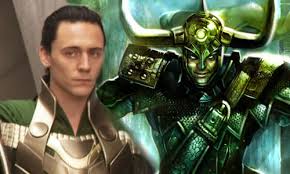 It was only after thoroughly enjoying Thor, directed by Kenneth Branagh, that I found myself wondering why Loki looked like an Asgardian if he was the son of an ice giant. My net reaction was “so what”. It’s a magic realm. It might be explained in the sequel or, like the aside in a Star Trek movie about why Klingons had looked human at one stage in their history, it might be relegated to a humorous footnote. I’m going to label bits of business like this “fuzz ups”: the necessary things you can’t entirely justify but either can’t correct after the fact, can’t do without, can’t explain yet, or never want to bog the story down by belaboring.

I’m aware of two fuzz ups in my Okal Rel saga. In a paper I wrote for a British conference in 1999, I justified the sexual appetites of Vrellish women from an evolutionary psychology viewpoint by arguing the importance to a clan of having highborn children, and the difficulty of getting highborn women pregnant.  It always nagged at me that only 1,000 years of history were available for this bias to play out in favor of the clans of lusty females. My “fuzz up” excuse is the artificial nature of the first generation of bioengineered VR-Gs whose women were created, in the first place, by cloning VR-G males and giving them just enough female DNA to bear children, but mostly I just don’t dwell on the inadequacy of 1,000 years for evolutionary purposes. My second nagging “fuzz up” is astronomical. I created my faster-than-light solution for space travel, called Reality skimming, during a geeky phase, and wanted the science to be plausible. But I rely on a “fuzz up” to make approaches to space stations much faster than it really should be.  The bottom line is, it is more exciting to have characters land and interact than to call in vital news during an interminably long and boring approach under sub-light power. I justify the “fuzz up” a bit by making Sevolites (the pilots) an impatient and action-oriented race distrustful of all technology-mediated interactions that can be tampered with by Lorels. But the bottom line is, I just didn’t want to write about people with big emotions talking to each other on the radio when I could have them punching, kissing, raging or weeping in person.

Have any “fuzz ups” in your work that you’d like to confess to? Or ones you’ve encountered in the work of others, and are either bothered by or happy to accept as I did Loki’s Asgardian appearance?