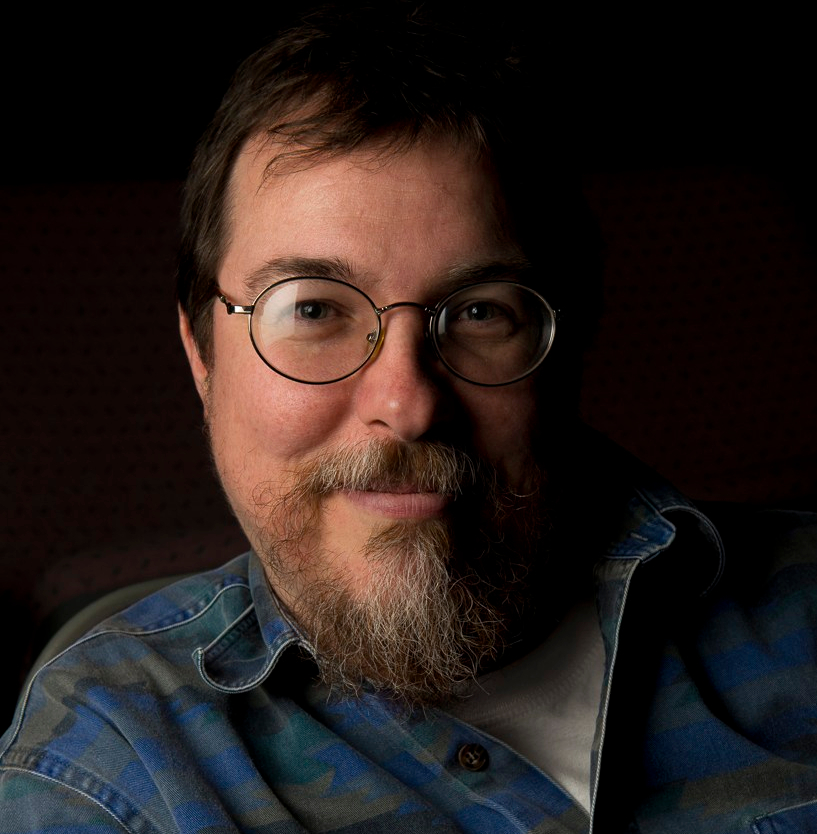 The Clarion e-Bulletin caught up with Jerome Stueart (Clarion 2007), who is currently an adjunct professor at the University of Dayton. He joined Tiffany Davis, e-Bulletin co-editor, via Skype to discuss his current and upcoming books, his Clarion experience, Christian werewolves, and Sister Act, among other things. Due to the length of the interview, we are publishing it in parts.

Catch up on Part 1 of the interview here.

Catch up on Part 2 of the interview here.

Tiffany Davis (TD): This is a good time for anyone in the creative field because there’s so much fodder.

Jerome Stueart (JS): Yeah. It’s a challenge to know what to say to this, and how to say it in a way that is most effective because the people who most need to hear it aren’t necessarily reading what we’re putting out. They may not necessarily be science fiction fans, so how do you cross over to the market of readers that might be interested in reading something with say, more faith-based ideas, or something that is more conservative? I certainly don’t want to write conservative things–I’m hoping that my book, especially One Nation Under Gods, falls into a sort of middle ground where the people who read it can see that the characters are not so different than they are, and the characters are struggling to survive in a landscape that looks a lot like what Americans are in now.
TD: You heard of the phrase, “Preaching to the choir.” So yeah, you’re reaching people like you but you want your message to go to those who may not have ready access to it. I think that’s why the movie Sister Act was so popular. She realized that the church was–in order to reach the environment, the neighborhood they were in, they had to meet the people where they were. 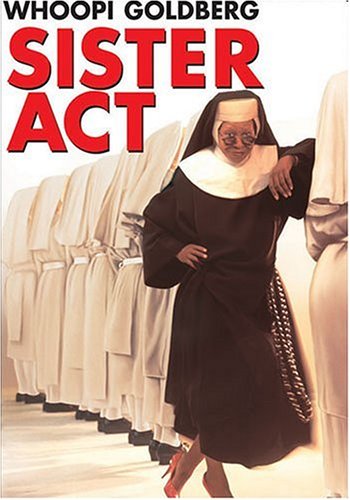 JS: Sister Act is perfect example of what we’re talking about! Sister Act was not only popular with conservatives, but it was very popular with liberals! And why is that? Because Whoopi Goldberg’s character comes from what we would call a more liberal knowledge base: in Vegas, she knows all the great Motown stuff that we love, and she brings that style to a kind of stuffy situation where the choir, but especially the administration, is trying to survive in a neighborhood they don’t understand and they’r edying off; and she brings new life.  From a liberal perspective, liberalism brings life.

But if you look at it from a conservative standpoint, she doesn’t bring any of the “bad” stuff of Vegas. The church and the administration accepts this new person and her styles but hte message that eventually comes out of it is, JEsus and helpful to the neighborhood, and it’s a positive message of reaching out and being kind. So it gets to the basis of what Jesus said without being overly Jesus. And it actually borderlines–the songs she has them sing, are Motown songs with Jesus sort of replacing words, and it borders on sacrilege. It doesn’t go over that line because it feels so positive about Jesus.
I think the challenge for science fiction and fantasy writers, if we want to make a difference, is not to preach to the choir–the other science fiction and fantasy writers who believe in us and the other readers–but we have to be able to reach out to those who may not have opened a SFF book but who would be willing to read something if it tapped into some of the things that they cared about, some of their milieu that they’re used to, like a church, and was able not to critique it and condemn it–Sister Act doesn’t condemn the church. It says the church is a little bit unfocused on the neighborhood, on the world around them, and they need to be brought up to speed, but they’re still helpful: we’re going to fix the system. Whoopi Goldberg fixes the system with Motown, but she still keeps the system.

So conservatives everywhere love that message: our system was broken, but it’s not to be scrapped, and there’s still something positive about that system. My challenge is to be the Whoopi Goldberg *laughs* in some ways and jump into that system and give it a bit of science fiction and fantasy to fix it–I don’t know if I can fix the system at all, but not to condemn it, or not to hurt the people who I”m trying to actually speak to, but trying to reach out to people who are being hurt.

TD: Can you talk a bit about your Clarion experience?

JS: It was such a life-changing experience for me because I loved going to the workshops that I had in my college and university experiences; they were good. They were very focused on style and they were focused on character, but they weren’t that focused on plot. They didn’t give you much on How-To –they really had you sort of write, then they would critique; but they didn’t give a lot of instruction on making sure you had a sound plot. They were trying to fix what you had.

Since I wanted to write SFF, that wasn’t as available at the universities that I went to. No one was talking about that, or not many were talking about that before I went to Clarion. So going to Clarion for me was having the masters, who were currently publishing the SFF i really wanted to read, sit down and talk to me for a week, for six weeks long. Six of them giving us time and allowing us to write science fiction and fantasy stories. I think that was the first time, outside of “Lemmings” (which got me into Clarion), where I got to write a lot more science fiction and fantasy stories— inside  Clarion. I wrote, I think, five stories there. It was such a good workshop to help you generate ideas, and be the author in the real world that you wanted to be, and develop collegiality with other SFF authors who were determined to be that kind of person too. I have stayed in touch with probably six or seven, at least, who went to Clarion wiht me in 2007, and could still be in touch with all of them, but we’re all over the place. I still feel very close to my Clarion class and to the teachers I had there, who still talk to me. The teachers stay with you for a long time.

I think that experience was invaluable to me as a writer, to be able to do what I longed to do with my writing, which was writing about SFF stories that mattered to me, and touched on things that I could only touch on through SFF.  So YAY, CLARION!  I do think it was worth it, but it was so hard for people to do. I mean, it was six weeks, so you have to sort of–I was in transition. I was moving my entire life to Canada in 2007. I had just left Texas. I had six weeks where I could be “The Writer”, and then move from there straight to Canada. So it was perfect timing for me. I will always love my experience there.
It’s wonderful to be in a dorm room with three other guys.  When we weren’t in the dorm, in our own rooms writing like crazy, we were out being with each other, and…I miss that so much. I miss being around other SFF writers and just having that kind of community. THat’s the hard thing; when you leave there, you have to find that community again, and it’s hard to find four people, much less 18.

TD: This was great. I enjoy speaking with writers about the other aspects of their lives, and how it applies to their work; it’s not a typical interview about your process, and how many words you write a day, and whatever. When I interviewed Nalo Hopkinson for the previous e-Bulletin, we talked about how her cooking, and arts and crafts, affected her writing.

JS: She’s wonderful! You know, she was the first editor who accepted my first story. She was one of the editors of Tesseracts 9 and she wrote me and said, I need this lemmings story. She was so kind.

I heard her–this was the biggest moment–I can’t remember the room I was in, or the radio I was using, but she’s on CBC, I think, or another radio station, reading the first page of my story, out loud to the world, in her voice. I was just floored–floored!–that she loved the story so much that she wanted to read it; that it was the story she chose to read out loud, on the radio. It meant so much to me, and she means so much to me. She was the first person to believe in me, and to believe in my stories, and I–that means a lot.

TD: Again, this has been fun, and I ‘m glad you took the time.